Andrew Tate is getting absolutely slated online for his latest sparring video.

Fans and pro boxers alike have flocked to the comments section to mock the controversial TikTok star, many people calling the entire thing 'fake'.

Ever since being de-platform by practically every social media giant, Tate has been relatively quiet.

But every now and then, one of his clips slips through the cracks and lands on our explore pages.

Although his latest one has plenty of people talking – all for the wrong reasons too. 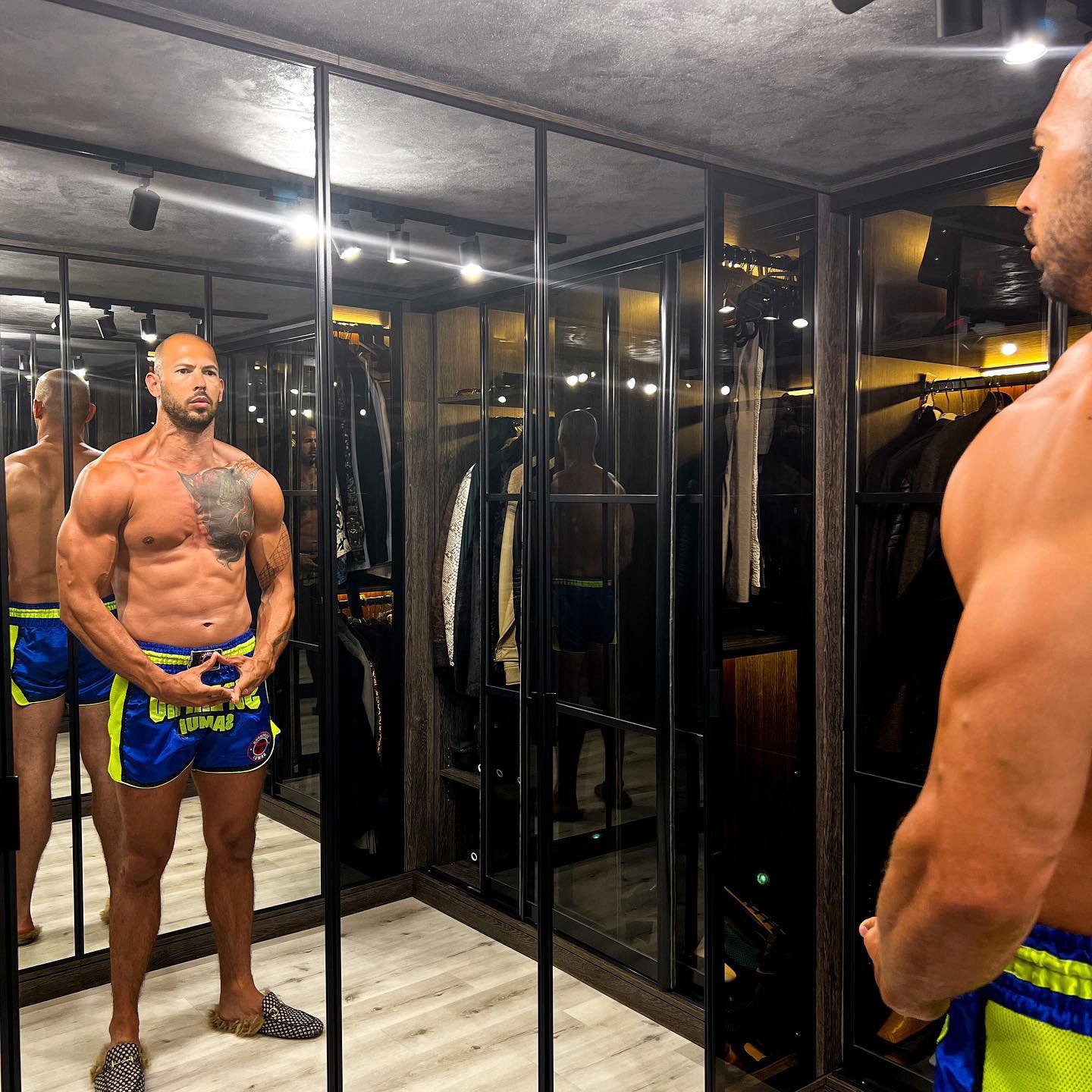 This time, Tate isn't being derogatory towards women or even calling out someone to a fight, instead his boxing skills are on display in a sparring video – if you can call it that.

In a clip posted by happypunchpromo on Instagram, the former kickboxing world champion can be seen going toe-to-toe with some bloke inside a ring.

But people weren't buying it and instantly began piling into Tate.

As Anthony Taylor hilariously added: "Wearing Airforce shoes and a Durag is not a sparring partner."

Even boxing fans didn't hold back.

While another added: "Come on he’s barely touching this guy lol.

As a third commented: "Sparring partner is half his size god damn."

One bloke asked: "How fake and staged do you want this to be?"

Rumours have continued to swirl surrounding a potential bout between Tate and YouTuber Logan Paul.

Both men have exchanged pleasantries via social media and there's talks they could finally settle their difference inside the ring.

"Logan Paul is a tool of the matrix," Tate told Valuetainment last month.

"He is a bought and sold individual with no soul. He doesn't stand up for anything and he doesn't mean anything that he says.

"He gets pieces of paper from Susan or whoever telling him what he's allowed to say on his channel. Not only do I believe that, but he's proved it himself.

"He will flip flop on any issues he can be bought and sold on. The dude's a b***h. Logan Paul is a b***h and I will say that publicly. I will fight him for free. The guy is an idiot."

And while Logan has been equally critical of Tate, it's his younger brother Jake who has been most vocal.

On an episode of IMPAULSIVE, Logan asked: "Jake, I know he's been talking s**t about you bro. With your blessing, can I beat the s**t out of Andrew f**king Tate?"

Logan went on to add: "I don’t think he gets in the ring with one of us.

"It’s too big of a risk for him. He’s 'alpha male,' right? That’s his whole entire thing. And when he loses — he will lose to either one of us he fights — his whole schtick and all the women will be like, 'Yeah!' and his whole schtick goes out the window."

Jose Mourinho's Roma were denied by 'the greatest triple save ever'

a day ago
Football